To parents Sian and Alex, their baby boy Finley was healthy and developing well on the breast. Nothing could have prepared them for the difficulties they would experience when they tried to wean him. A series of treatments failed to halt Finley’s suffering − which turned the whole family’s life upside down for over four months. In the end, the insights of a GP lead to the right diagnosis and a lasting solution. 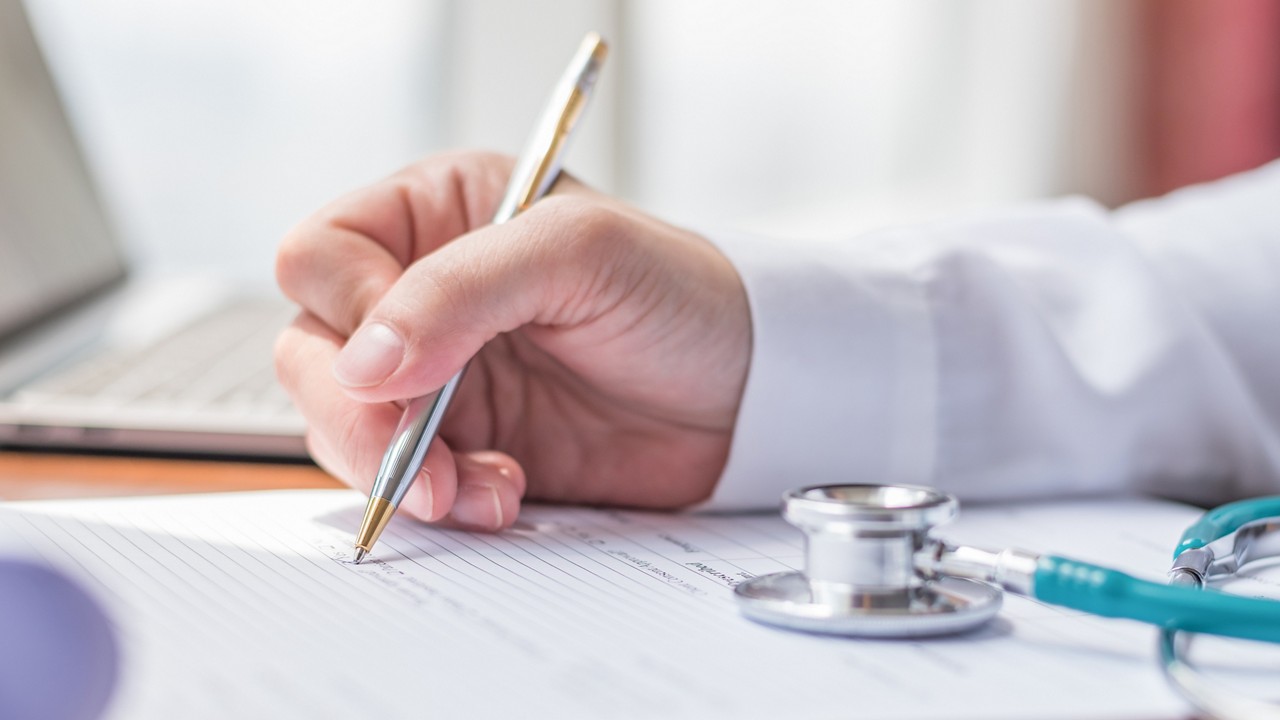 It all started at the weaning stage

Mum, Sian, felt it was time to take Finley off the breast and try him on cows’ milk infant formula when he was about 3.5 months old. There was no obvious reaction to Finley’s first feeds to indicate that he wasn’t taking to cows’ milk formula; he wasn’t crying or throwing up during the feeds. Yet by the end of his first week on cows’ milk, Finley had developed an angry rash all over his torso and was becoming increasingly agitated − both while feeding and during the night. Consequently his sleep was being severely disrupted.

Sian and Alex knew something wasn’t right, and decided to take Finley to their GP.

A series of visits over the following weeks focused on Finley’s obvious skin condition – trying to cure his symptoms with creams for heat rash and eczema.

Alex recalls, “We had to cover Finley’s torso in a special cream − it was a bit like basting a turkey − and then dress him in a sort-of ‘wet shirt’; a protective top to keep the cream next to his skin and stop his bed from getting greasy and dirty. We had to do it every day.”

But after 6 long weeks of this treatment and repeated trips to the GP, Finley wasn’t getting any better. He was feeding 6 times a day, going through 8-10 nappies while passing loose, stringy stools, and waking up crying throughout the night.

On their next visit to the NHS walk-in centre, a doctor suspected Finley might have cows’ milk allergy (CMA). There are a wide range of symptoms relating to CMA, so diagnosis can be very difficult.

In the first instance, this involved completely cutting out cows’ milk from his diet. So their GP recommended trying him on soya formula milk instead. Although he was not yet 6 months of age, Sian and Alex were advised to give Finley soya formula milk as a substitute, despite its unsuitability for this purpose due to the risk of cross reactivity.

Sian and Alex followed the doctor’s instructions to the letter, with a strict regime of soya-based formula feeds. Finley’s condition improved a little for a brief period, but this was short lived and he didn’t appear to make any further progress. Despite a series of antibiotics to calm his skin condition, the rash was out of control, causing him constant discomfort and pain, and impinging on his quality of life.

Sian and Alex were now very worried and didn’t know where to turn. Despite Finley’s constant discomfort and sickness, he continued to put on weight – and his progress on the percentile charts was well within the normal, healthy range, which seemed strange given his persistent loose stools.

For over a month, Sian and Alex persisted with Finley’s soya feeds − through sleepless nights, endless nappies and further trips to the NHS walk-in centre. Still, the antibiotics, skin creams and soya diet showed no signs of helping Finley. His bath times agitated his sores, and he was waking up to 15 times a night.

During another trip to a walk-in centre Sian and Alex saw a GP with a background in paediatrics. Based on her knowledge that around 30-50%1 of babies diagnosed with cows’ milk allergy present concomitant soya protein allergy, the GP suggested that Finley could be allergic to the soya formula he’d been put on as treatment for cows’ milk allergy.

The GP prescribed an extensively hydrolysed formula and within days Sian and Alex started to notice an improvement in their son’s condition. His skin appeared less inflamed and the consistency of his stools became firmer. It was also clear that Finley was much happier at feeding times.

“We had definitely turned a corner,” says Alex. “It was like getting our Finley back again; he was so much more contented.”

Finley stayed on the hypoallergenic formula, avoiding milk or soya in any other foods over the following months, during which his appetite improved and his skin returned to normal. To confirm the diagnosis, a dietitian was consulted, and cows’ milk was reintroduced for a brief time. The symptoms quickly returned, verifying the diagnosis and giving Finley and family a clear way forward. They returned to the successful extensively hydrolysed formula.

By the age of 18 months, another reintroduction of cows’ milk to Finley’s diet was recommended, to see if his allergies were still present. Like many infants, Finley had outgrown his allergy and was soon happily accepting dairy products in his diet.

“After all he’d been through, Finley’s system had finally outgrown its allergy and we could at last get on with life as normal. We were thrilled.”

Unfortunately, Finley’s story is not an uncommon one. The allergy clinic sees many children where diagnosis of non-IgE-mediated food allergy has been delayed and, as a consequence, both child and family have suffered from the effects of this prolonged illness.

The key to early identification of delayed milk allergy is an awareness of the different types of symptoms that it may cause. Eczema, reflux, colic, diarrhoea and faltering growth are all common in infancy and have numerous causes, so an allergy-focused history helps to identify which cases are more likely to be related to underlying food allergy. A family history of allergy, or personal history of other allergic diseases, are important clues, as is the involvement of multiple systems. Failure to respond to first line treatment is another clue, as is an association between increasing symptoms and increased milk protein in the diet (such as when the infant is moved from breastmilk to cows’ milk-based formula).

In Finley’s case, the early onset and severity of his eczema, together with the failure of treatment and co-existing gastro-intestinal symptoms all pointed towards an allergic aetiology. Furthermore, careful history reveals the relationship between his symptoms starting and the introduction of cows’ milk formula (although in some children, cows’ milk protein in breastmilk will still cause symptoms). Interestingly, whilst the frequent loose mucousy stools clearly imply gut inflammation, the fact that Finley continued to thrive is often taken as reassurance that any gastrointestinal issues must be mild. However, many infants with delayed milk allergy grow well despite the ongoing ingestion of milk, so this should not be considered evidence against a possible allergy diagnosis.

If there is suspicion of possible delayed milk allergy, then this needs to be acted on and consideration given to an appropriate exclusion diet. Again, there are potential pitfalls and in Finley’s case, despite his doctor’s best intentions, the decision to use soya milk as an alternative prolonged his problems.

Soya milk is not recommended in children under 6 months due to concerns about its phytoestrogen content but, furthermore, many children with delayed milk allergy are also allergic to soya, so they will suffer similar symptoms. The purpose of the initial milk exclusion was a diagnostic test to clarify the role of milk in his symptoms and hence a truly hypoallergenic formula (e.g. extensively hydrolysed or amino acid) is required. If an improvement is demonstrated, return of symptoms on reintroduction is still needed to clinch the diagnosis. It was not until this process was undertaken with Finley that his problems were really solved. NICE advises that a dietitian should be consulted with regards to the correct choice of hypoallergenic formula.

A case of severe atopic eczema

A topic in 10 questions: Weaning the child with Cow's Milk Allergy